The Rebirth of Scientific Racism

A recent article in the Washington Post warns that “‘scientific racism’ is creeping back into our thinking”. The story reports of a woman who filed a “wrongful birth” lawsuit after delivering a biracial baby conceived through artificial insemination. 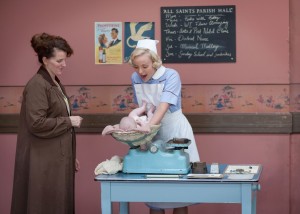 She sued, claiming that the mixup created hardship and injury to her and her family. The argument made by her suit called up the specter of eugenics–the science of racism so prevalent 100 years ago but since discredited. The article explains the thinking behind scientific racism:

Here’s how the argument goes. Some people are born with outstanding talents, easily mastering basketball, mathematics, languages or piano, if given the right environment in which to grow. What biologist or social scientist could argue with that? But alongside that genetic understanding, an old and pernicious assumption has crept back into the American conversation, in which aptitudes are supposedly inherited by race: certain peoples are thought to have rhythm, or intellect, or speed or charm. That’s a fast track toward the old 19th- and early 20th-century problem of “scientific” racism.

The article continues by recounting examples where eugenics is currently rearing its head. At one end of the spectrum there’s Dylann Roof, who wrote, “Negroes have lower IQs, lower impulse control, and higher testosterone levels in general. These three things alone are a recipe for violent behavior.” Ironically, he (allegedly) followed up these words by killing nine people during a Bible study in an African-American church in Charleston, SC. At the other, more respectable end of the spectrum are academic articles which claim that genetic differences are the primary causes of ethnic conflict.

As evolutionary psychology and socio-biology become more accepted, so shall “scientific racism” also. Darwinism is an ideology that, when carried to its logical conclusion, has devastating cultural and social consequences. The Gospel stands squarely against this. All are created in the divine image, and all have sinned. Christ died for all, and all the redeemed are brethren in the family of God (Gal 3:28; Eph 2:11-22). Racism must be rejected, even when it wears a scientific veneer.