Last fall, David Daleiden released a number of the undercover videos which accused Planned Parenthood of selling the body parts of human fetuses. The videos created a firestorm. Recently Russ Moore and Jim Daly of the ERLC interviewed Daleiden, and he gave his explanation of why the videos struck a nerve. They revealed “a very cruel paradox:”

“At the heart of the whole baby parts trafficking issue is a very cruel paradox….The humanity of the unborn fetus is not considered sufficient to be protected by law from being killed by abortion. But at the same time it is precisely this humanity that makes them so valuable for scientific experimentation, and motivates Planned Parenthood and their allies to hunt for their body parts like buried treasure.”

During the interview Russ Moore raises the issue with Daleiden about the morality of using undercover tactics. Daleiden defended such tactics, arguing that they are “fundamentally different from lying, because the purpose of undercover work is to serve the truth, and to bring the truth to greater clarity.” 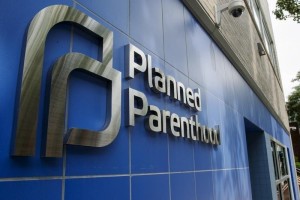 “An aggressive legal strategy pursued by U.S. women’s healthcare provider Planned Parenthood may have been critical in turning the tables on opponents who were seeking to prosecute it in Texas for allegedly profiting from sales of aborted fetal tissue….Planned Parenthood’s legal strategy was in some ways similar to how corporations facing major white-collar criminal investigations often cooperate closely with prosecutors to try to influence the outcome.”

In short, Planned Parenthood deliberately pursued a relationship with the prosectors office in order to present themselves as the victims. It appears the strategy worked, at least for the short term. Since other journalists widely employ undercover tactics, the indictment seems to employ a double standard. This appears to be a classic case of shooting the messenger.

Older
Christianity and Racial Division
Newer
Theologians Reading the Gospels: John Behr – The Passion of Jesus as the Key to Reading Scripture

Follow Michael Bird, a lecturer in Theology and Czar of Postgradistan at Ridley College in Melbourne, and Bruce Ashford, Provost and Professor of Theology and Culture at Southeastern Seminary, participate in The Evangelical Voices in the Academy Lecture S...

Why All Good Christians Should Celebrate Halloween

Follow Editor’s Note: This post originally appeared in 2009. Since we are once again approaching Halloween, George Robinson’s (Richard and Gina Headrick Chair of World Missions and Professor of Missions and Evangelism) thoughts on Christian participat...

Follow Bruce Ashford, Provost and Dean of Faculty at Southeastern Seminary, preaches on how as believers we must not bow to any ideology other than Christ as King.