Jonathan Edwards for the Digital Age 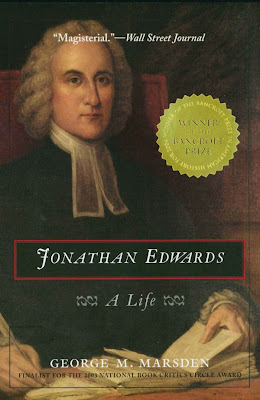 Virtually everyone these days is interested in reading Jonathan Edwards. Perry Miller put Edwards on the radar map of scholars back in the 1950s with the publication of his seminal biography of the New England pastor-theologian. Soon thereafter, Yale University Press began publishing a critical edition of The Works of Jonathan Edwards, which stands at 26 published volumes. Yale also became home to the leading Jonathan Edwards Center in the world. The Edwards Center published or republished a number of other works related to Edwards, including both primary sources and secondary studies. Yale also published what is now considered to be the standard scholarly biography of Edwards, George Marsden’s Jonathan Edwards: A Life (2003, pictured right).

For more casual readers of Edwards, in 1958 Banner of Truth reprinted a two-volume edition of The Works of Jonathan Edwards which was first published in 1834. Banner of Truth, Soli Deo Gloria, and other mostly reformed publishers made reprinted editions of Edwards’s writings widely available to pastors, seminarians, and armchair theologians. Authors such as Iain Murray, John Piper, Sam Storms, Sean Lucas, Stephen Nichols, Owen Strachan and Doug Sweeney, and Kyle Strobel have also played a key role in introducing conservative evangelicals to Edwards and his legacy.

It has never been easier to read works by and about Edwards than in the digital age. Of course, many books are available in less-expensive electronic editions for e-readers such as Kindles and Nooks. Edwards’s most popular writings are available for free or cheap through Amazon and Google Books. These inexpensive electronic copies have been an asset to many readers. For example, in past years I’ve required students in Church History II to read Edwards’s Religious Affections and pointed them to a free edition from 1821 available on Google Books. Though the Google Books edition is dated, it was a free alternative to cash-strapped students who didn’t want to buy a physical edition of the book. 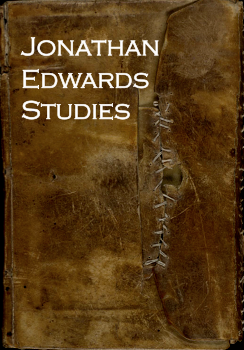 In recent days, the Edwards Center at Yale has done the reading public an enormous favor by making 73 volumes of Edwards’s works available for free on their website. Note that this includes the 26 volumes published as part of the critical edition. Last spring, I taught a PhD seminar on the history and theology of spiritual awakening. My students found the Edwards Center’s online works an invaluable resource. The Edwards Center website also includes loads of other resources that help to introduce Edwards to readers at any level of education and interest, including an online scholarly journal, Jonathan Edwards Studies (pictured left).

Recently, the Edwards Center has even entered into the world of iPhone and iPad apps. In the past two weeks, I’ve downloaded the WJE app onto my smart phone and tablet, providing me with instant access to the same works available at the Edwards Center’s website. This is a far better resource than the nearly free version of the 1834 edition of Edwards’s Works that I downloaded onto my Kindle. The version on my Kindle is formatted awkwardly and doesn’t represent the best available editions of Edwards’s writings. The new app is a definite upgrade from previously available resources, even very useful ones.

There has never been a better time to study Jonathan Edwards. Whether you’re electronically savvy or you prefer print books, whether you’re a web-surfer or a traditional library patron, you can find an endless supply of important writings by and about the great pastor, theologian, and revivalist from Northampton. Start reading.